Landslide is a bonus mission for HITMAN (2016) built atop our story mission World of Tomorrow in Sapienza, Italy. The mission revolves around the target Marco Abiatti, a corrupt politician attending a rally by the beach. 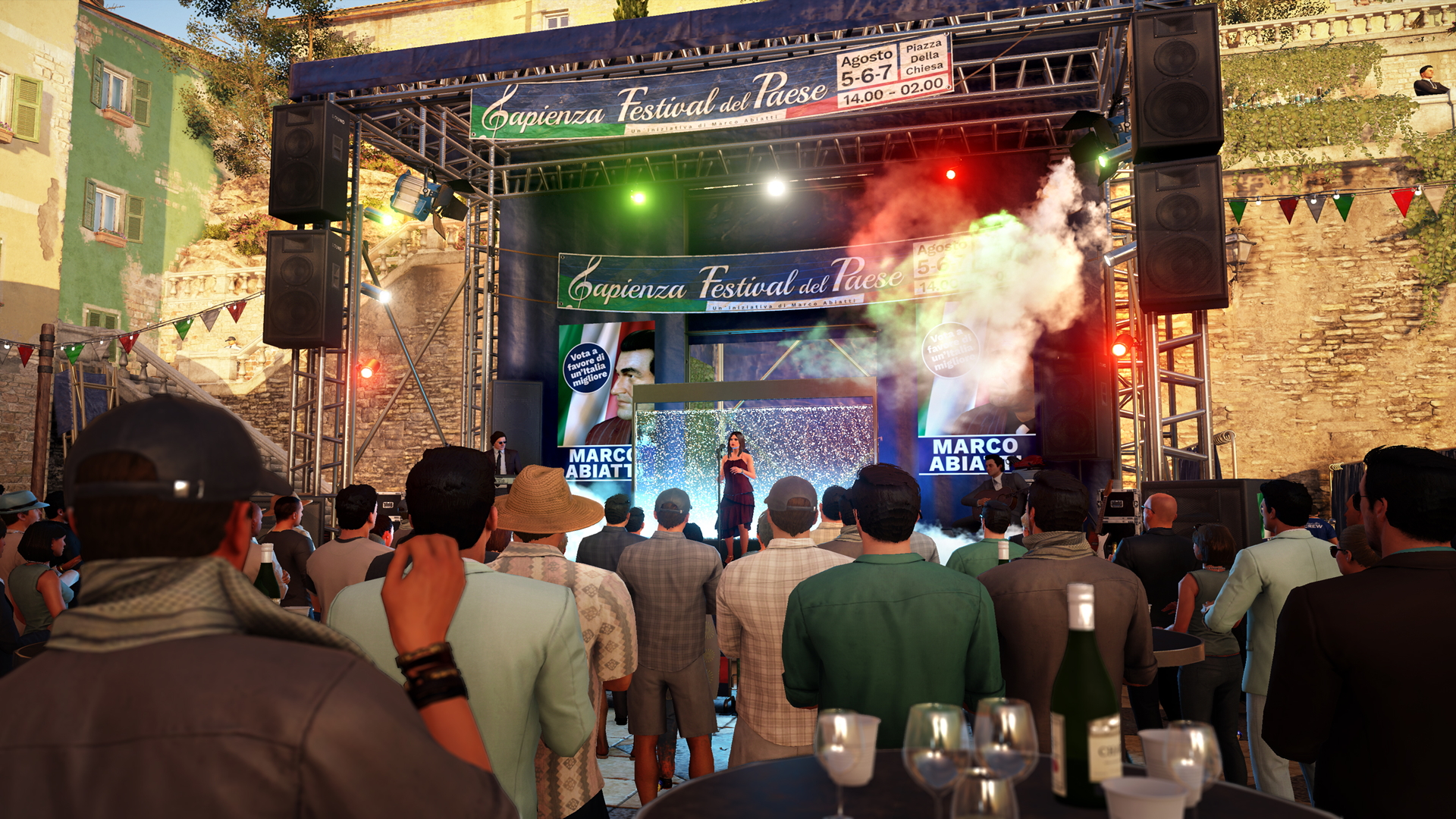 My main contributions to Landslide were:

Particularly, I designed and implemented the gameplay flow, NPC behavior, gameplay setups, and UI guides for the Mission Story Stage Fried (a scripted path through the level) and requested, implemented, and iterated upon the related dialogue with the writer. I also designed and implemented the NPC behavior, gameplay setups, stealth routes, and crowd behavior on the stage and in the backstage areas, including the logic for the band.

In this playthrough, the player completes the Mission Story Stage Fried, without the UI guide enabled: