A hallmark of HITMAN levels is the fidelity and range of the characters that inhibit them. Scripting the behavior of these NPCs is the responsibility of the level designer, and as characters often reach a high degree of complexity, the systems, tools, and entities/nodes available to the designers are of utmost importance. 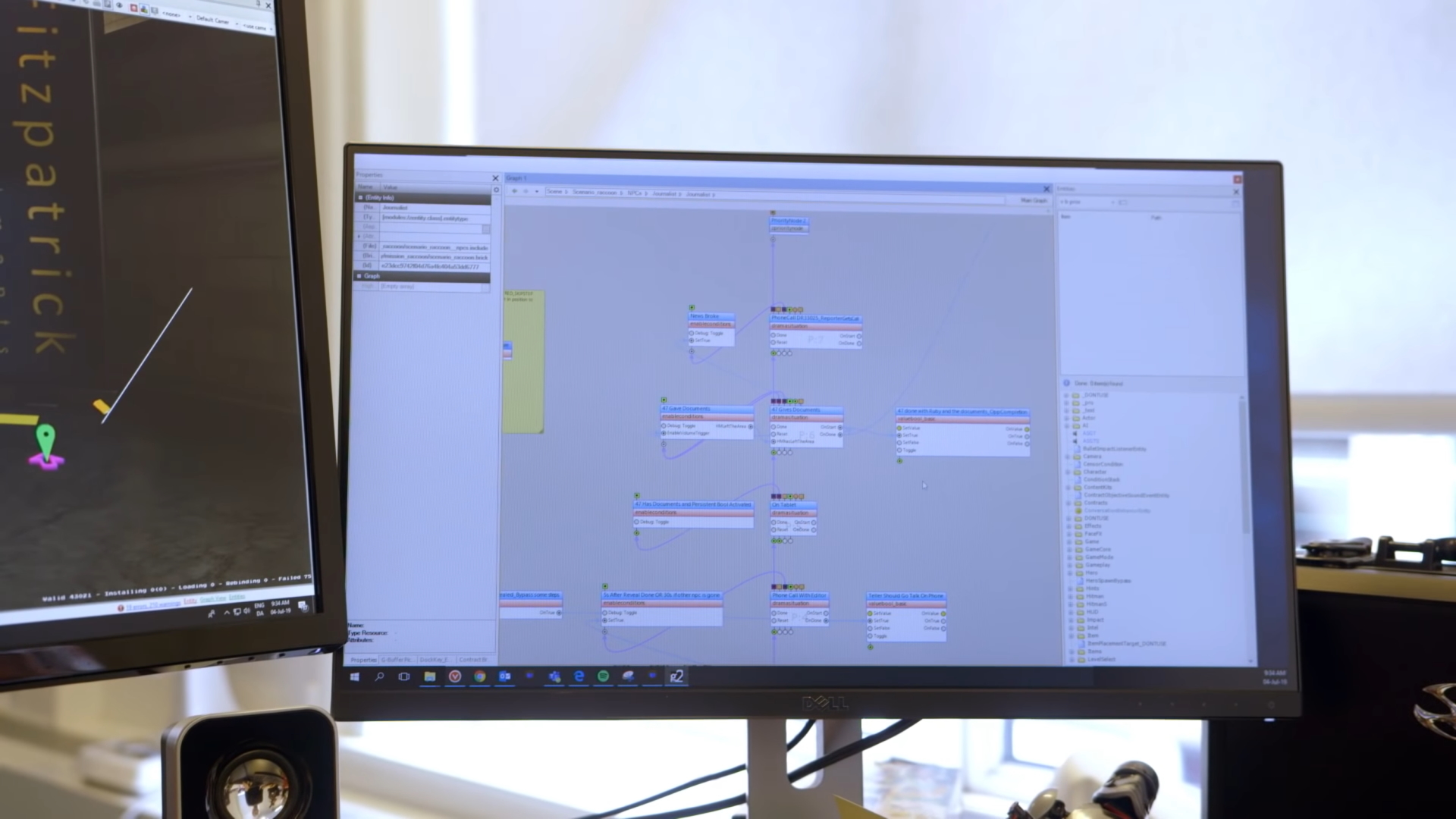 During development of HITMAN 2, I was part of the Best Practices group within the level design department. Here, I helped work out a number of conventions on various technical subjects, but I also implemented the templates/nodes used for NPC scripting based on core entities/nodes provided by the programmer. Specifically, I simplified the entities/nodes substantially, ensured that default behavior matched common usage patterns and expected outcomes, and extended the template/node set to handle common setups in standardized, robust, and efficient ways.