Despite being fundamentally open-ended, all levels of HITMAN contain scripted gameplay and narrative paths. Some of these, known as "Mission Stories," are accompanied by UI guides in order to ease players into the levels and guide them to some of the most spectacular moments of the game. 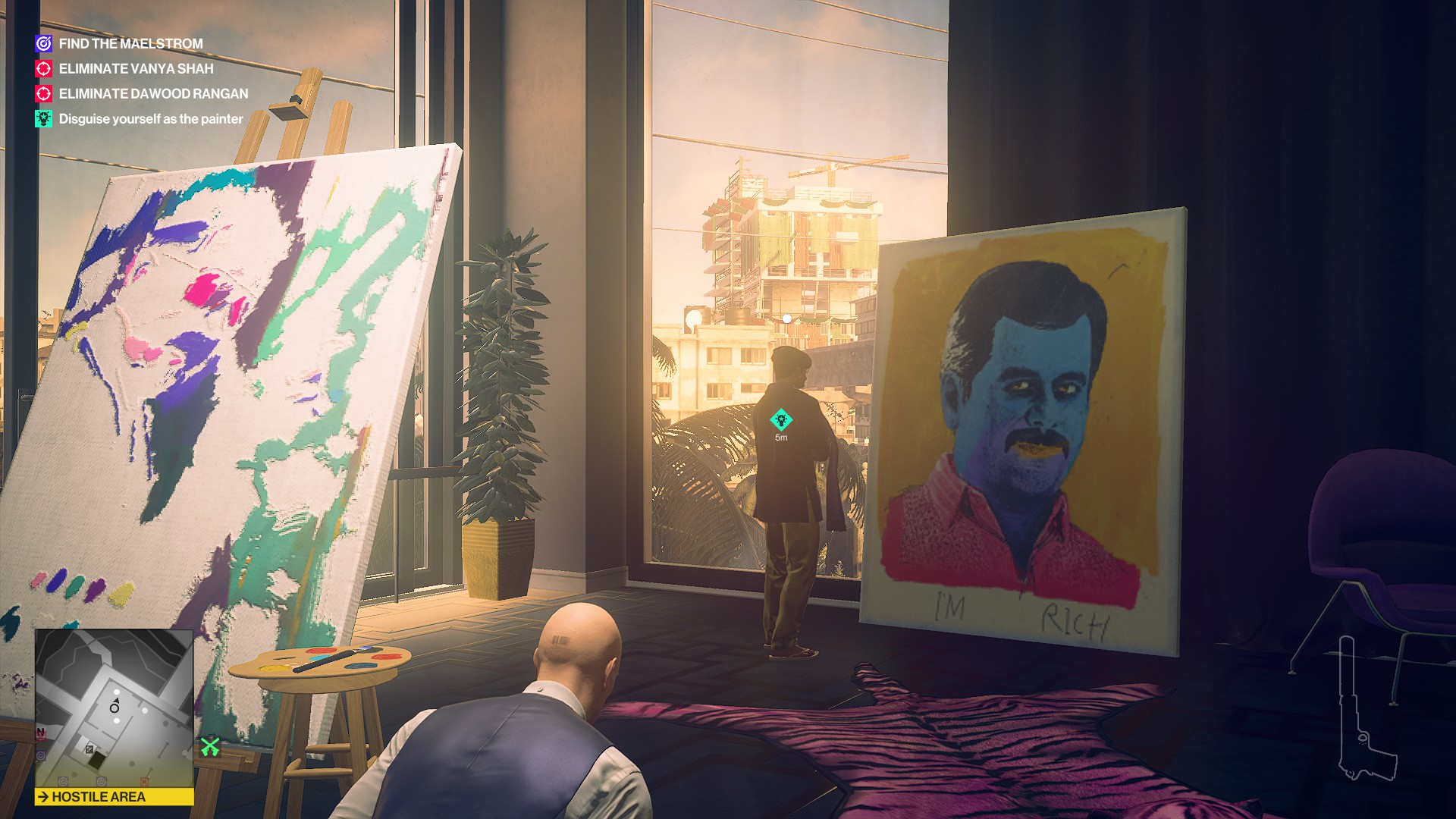 A step in the Mission Story Broad Strokes in the mission Chasing A Ghost of HITMAN 2.

During development of HITMAN 2, I reworked the implementation of all templates/nodes for the Mission Stories UI guidance system and improved the technical design in the process. Specifically, I significantly simplified the templates/nodes to shorten the time required to learn the system, improve efficiency, and make setups less bug-prone. I also extended the set of templates/nodes to trivialize some setups and slightly extend functionality.