On account of their organic, multilayered levels, HITMAN and HITMAN 2 have similarly complex UI maps shown in the HUD and intradiegetic menu. 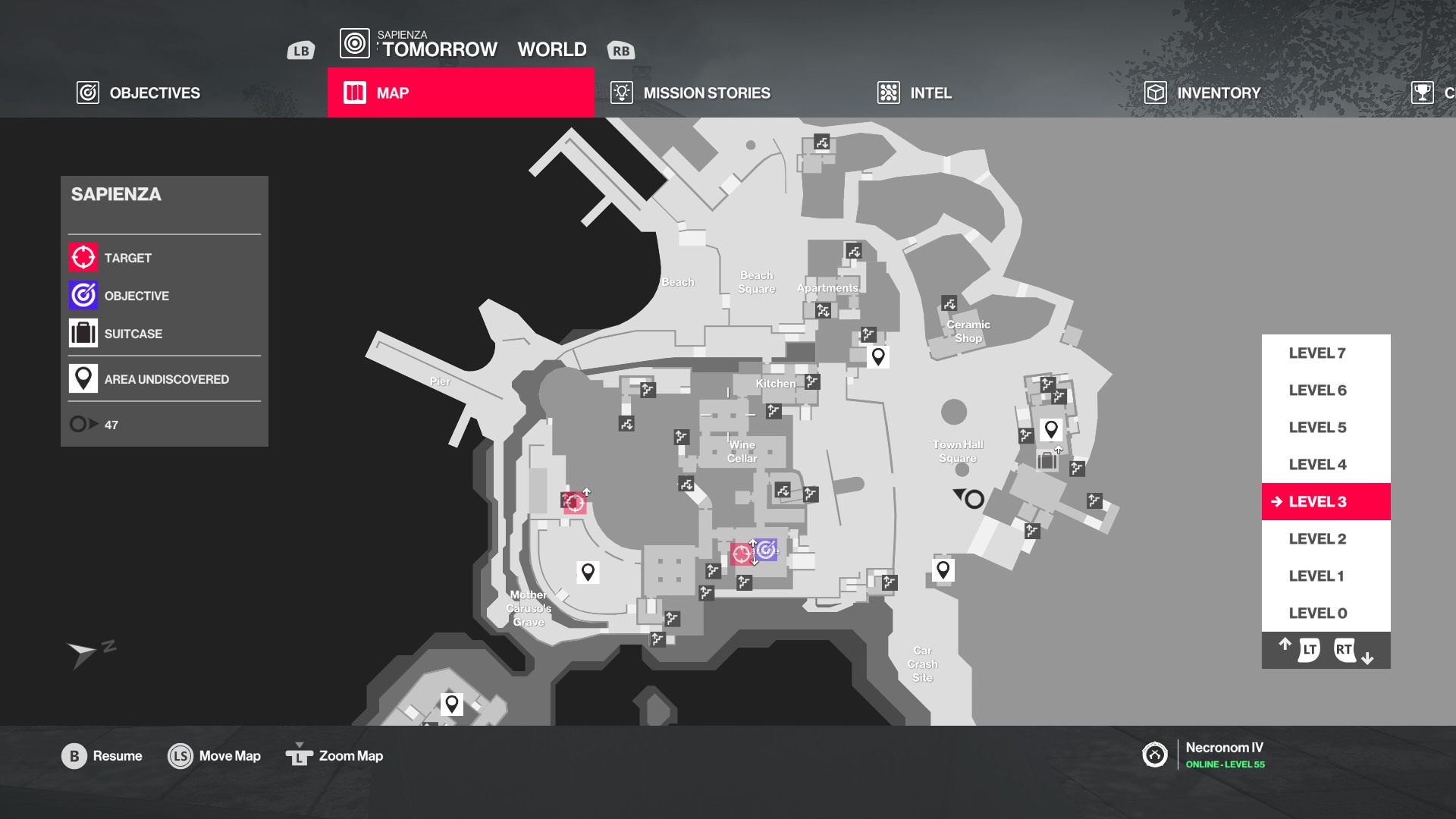 Layer 3 of the UI map for the mission World of Tomorrow viewed in the intradiegetic menu of HITMAN 2.

One of my tasks as an intern was to implement the first UI maps for HITMAN. As the system, tools, entities, and workflow were still being developed, however, I ended up designing these with the programmer. Particularly, I helped define the set of entities/nodes and behavior of tools and systems while implementing most of the templates/nodes used for UI map authoring and styling by level and UI designers, respectively.