Chasing A Ghost is a story mission for HITMAN 2 (2018) set in the slums of Mumbai. The mission revolves around targets Vanya Shah, Dawood Rangan, and The Maelstrom, an elusive ex-pirate whom the player must identify before his whereabouts become apparent. 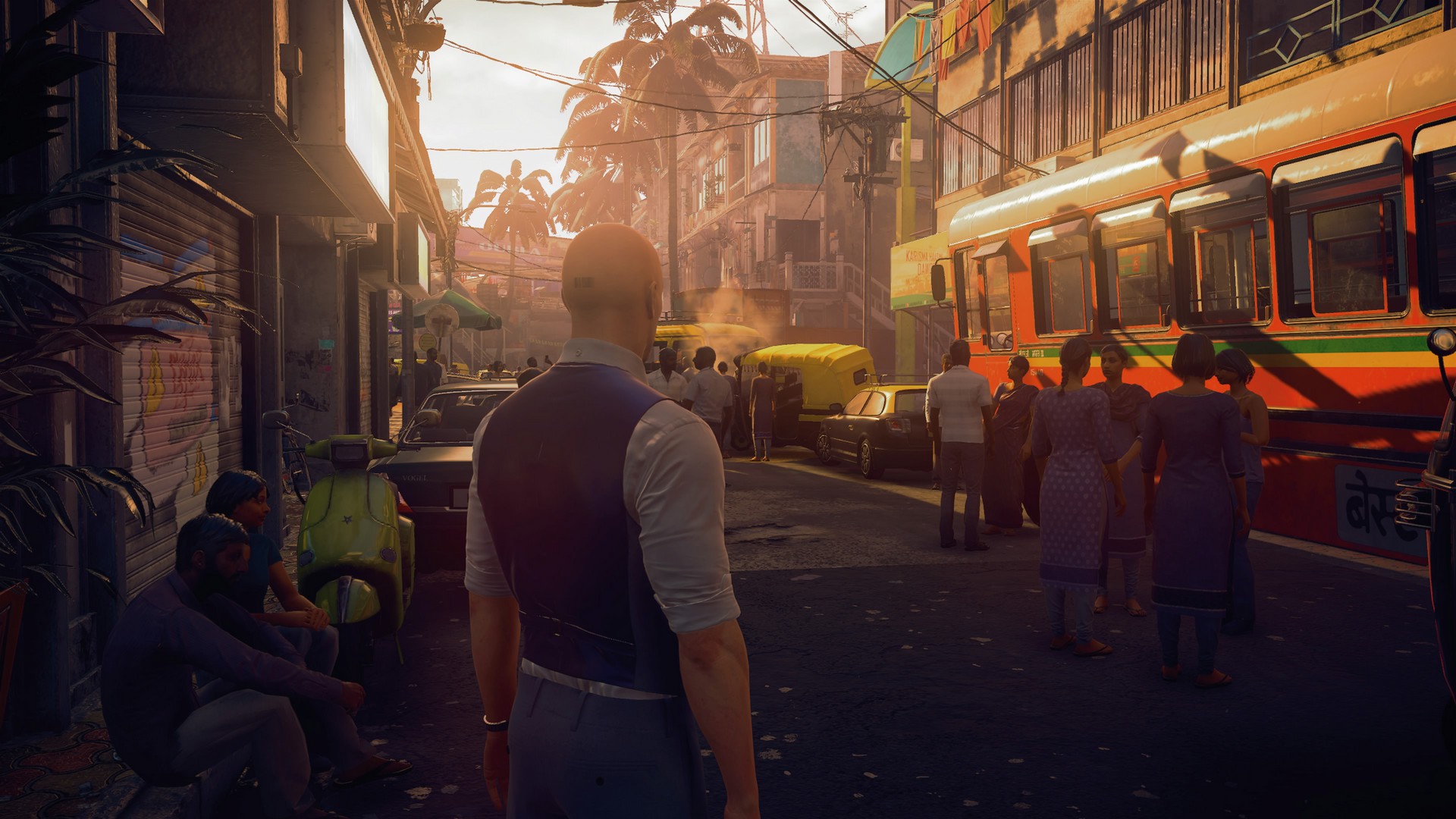 I worked as a level designer on Chasing A Ghost, taking the mission through all stages of development except for a short hiatus to develop The Vector. At a glance, my responsibilities were:

The overall layout of Chasing A Ghost was designed by myself and a senior level designer in corporation with the track's environment artists. Additionally, I designed the rough layout of the slums to optimize the gameplay of identifying The Maelstrom. Along with an environment artist, I also designed the structure and surroundings of the train yard as well as the wagons so that they would comply with the specs of our agility system.

Layout and structure aside, my main contribution was the design of four Mission Stories (scripted paths through the level):

For these Mission Stories, I designed the experience and implemented the gameplay flow, NPC behavior, gameplay setups, and UI guides. In the process, I also designed The Maelstrom's underground hideout, the laundry area, and The Kashmirian's apartment including NPC behavior and gameplay setups. Additionally, I requested, implemented, and iterated on the dialogue for both Mission Stories and areas with the writer.

The Mission Stories turned out so well that the track lead Mattias Engström (now game director) highlighted them as the ones he was most proud of (spoilers) in the mission.

I also contributed to the early design of Vanya Shah's behavior and the Mission Story A Dress to Die For. When two junior designers joined the team, I transitioned to onboarding and teaching them, handed over both designs to one of them, and took on the four Mission Stories mentioned above.

Here's a playthrough of the Mission Stories Broad Strokes, Our Man in Mumbai, and A Matter of Discipline for which I was responsible (spoilers):

In this mission, the player must identify the elusive ex-pirate "The Maelstrom" through one of various Mission Stories or unique mechanics. Additionally, they must eliminate Vanya Shah and Dawood Rangan, the target's two lieutenants.

Vanya Shah is the unofficial ruler of the slums and enjoys god-like status as she exploits its inhabitants. During the mission, she can be found granting audiences to her "royal subjects" in a colonial train yard turned crime fortress. Her counterpart Dawood Rangan is a shady movie producer and actor who uses the business as a cover for his own illegal activities. He can be found conducting a movie shoot starring himself in his half-finished apartment complex overlooking the slums. Meanwhile, The Maelstrom himself lurks somewhere in the crowded streets, using his intimate knowledge of the city to hide in plain sight.

As in any Hitman level, there are numerous opportunities to infiltrate either location and take out each target. Additionally, there are several ways to bring targets together, pit them against each other – or enable a third party to lend a hand...