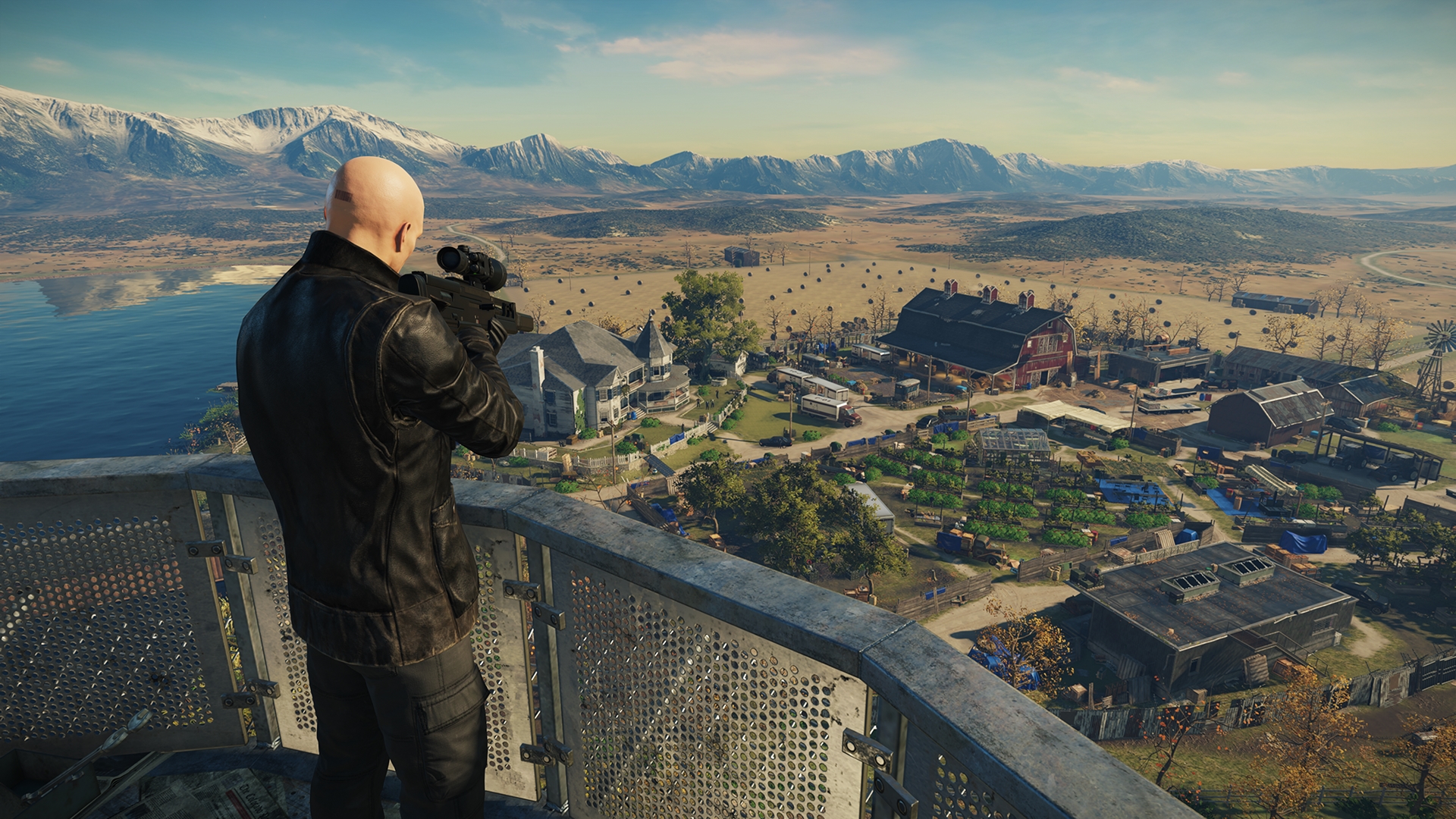 I was the track owner on The Vector, taking the mission through all stages of development. As such, my responsibilities were:

Here's a PC playthrough, including the briefing video:

For each target, the handler first explains his whereabouts and profession, letting the player know where to look, and then goes on to deliver two additional clues, one after the other. Each clue applies to two out of four candidates in the area so that having both allows the player to determine the correct target by the process of elimination. As clues are revealed, they appear also in a condensed form in the user interface to ensure that players do not forget previous leads. Whenever the player aims at a character matching the last clue, the handler proceeds to her next comment, and if the player doesn't manage to do this after a while, she proceeds on her own. After the first three clues, the player is given time to determine and find a way to quietly eliminate the target, and if they still have not after a grace period, the handler will point to a concrete activity they are doing right at that point, granting instant identification for any players having trouble with the deduction. When all infected parties are eliminated, the handler instructs the player to eliminate the doctor, and when all targets are down, the mission is completed, and the protagonist can leave the area.

The handler is highly responsive, acknowledging the player's actions and reporting any state changes in the level. When a target becomes spooked and attempts to flee the level, for example, she will interrupt herself and alert the player, and if the player manages to eliminate the target as he flees, the handler will acknowledge it and resume her hints. If the player eliminates a target before clues have been given, she will acknowledge this with some surprise, just as shooting civilians is met with critique.

The nice folks at Outside Xbox explained it as "Guess Who?, Where's Wally?, all that stuff at once, but with snipers and explosions" (YouTube) – which was exactly what I was going for with this mission.