A House Built On Sand

A House Built on Sand is a bonus mission for HITMAN (2016) built atop our story mission A Gilded Cage in Marrakesh, Morocco. The mission revolves around targets Matthieu Mendola, a French architect, and Kong Tuo-Kwang, a Chinese construction mogul and rival to Mendola's employer. Kong is attempting to purchase confidential information from Mendola, and the protagonist is hired by the architect's employer to eliminate both men and retrieve the documents. 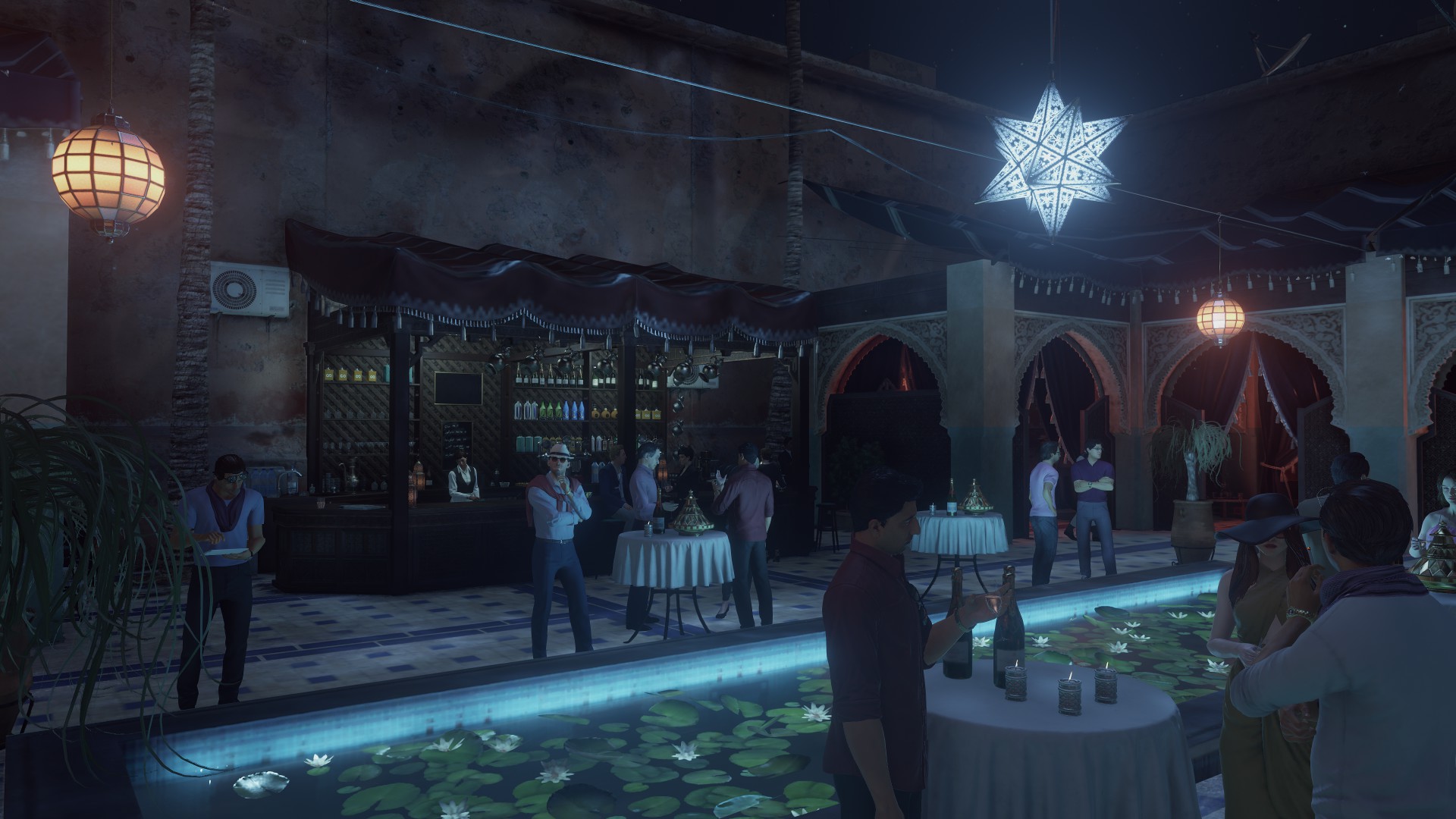 I was the primary level designer on A House Built on Sand, taking the mission through all stages of development. As such, my responsibilities were:

Specifically, I designed and implemented all mission-specific NPC behavior and gameplay setups as well as the four Mission Stories (scripted paths through the level). I also requested, implemented, and iterated upon mission dialogue with the writer. Additionally, I designed the layout of the shisha cafe, marketplace, and rooftops to support A Gilded Cage and A House Built on Sand simultaneously.

In this playthrough, the good people of Outside Xbox complete the Opportunity The Future Foretold:

At the beginning of the mission, the protagonist observes Matthieu Mendola, one of his targets, exiting his car in the consulate plaza. From here, Mendola ventures across the marketplace to the shisha cafe where the second target, Kong Tuo-Kwang, is hosting a party.

The gameplay involves isolating Mendola as he roams the busy streets, obtaining the documents from his corpse, infiltrating the shisha cafe – and finding a way to eliminate Kong in the midst of his guests, staff, and security. Alternatively, the player can trigger a chain of events that has the two targets meet, giving them a chance to eliminate them both at once and at the same time obtain the documents. If the player neglects to kill the two, the documents will have changed hands, meaning Kong is now the target to which they must get close.